Andriy Yarmolenko next club odds - Leicester and Liverpool to battle it out?

Dynamo Kiev winger Andriy Yarmolenko has appeared set on a departure from the Ukraine capital for some time, and Premier League pair Leicester City and Liverpool are favourites to land his signature this summer.

The race is far from over, though, as BetVictor has some of Europe’s titans in the running to sign the forward, and What Are The Odds has assessed each side’s chances of recruiting his services. 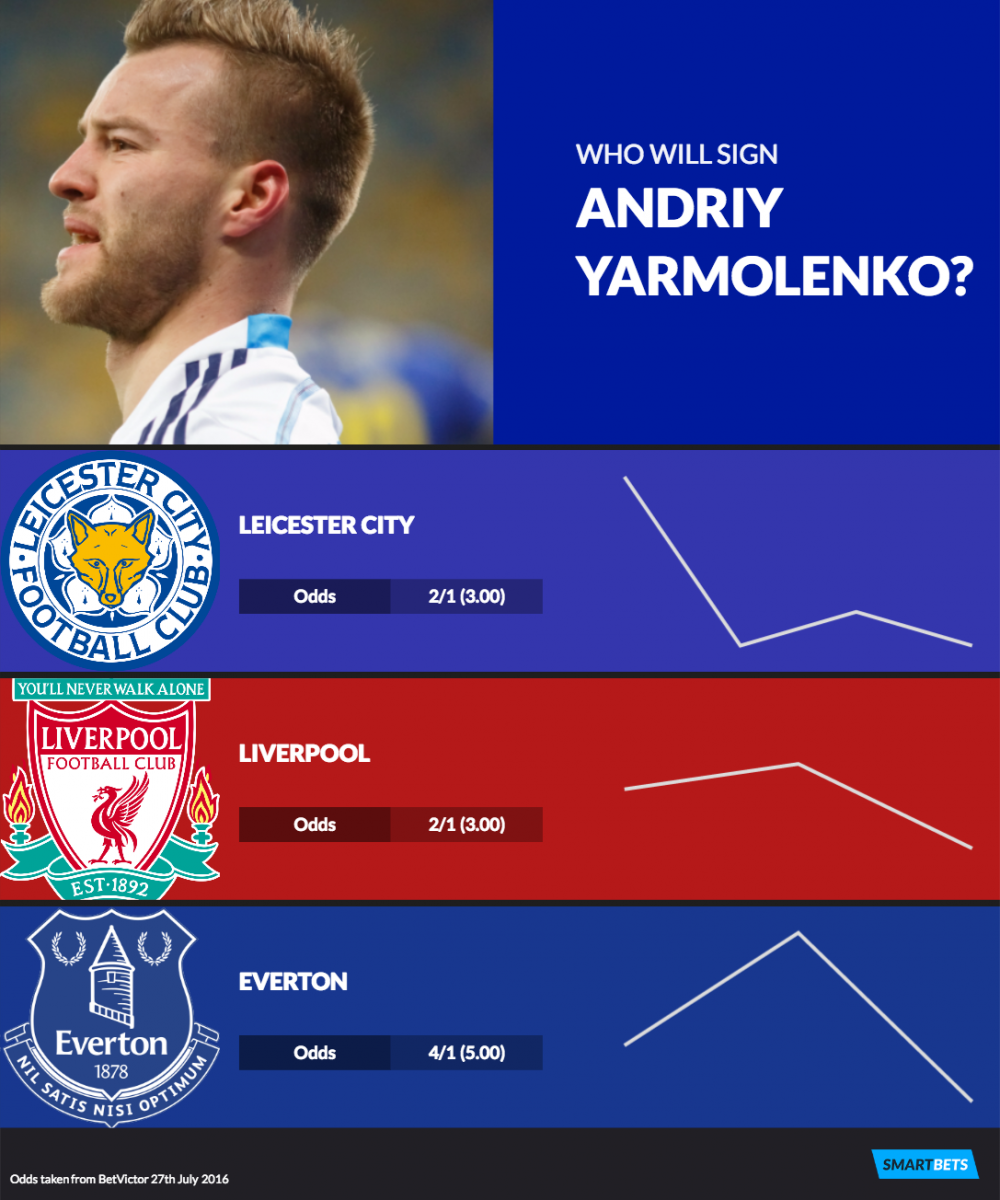 As things stand, the Foxes and the Reds are the overriding favourites to finally take Yarmolenko from his Kiev abode at 2/1 (3.00), but just how likely is either destination for the player?

Liverpool have already signed Sadio Mane this summer and are now on the verge of landing Newcastle United star Georginio Wijnaldum, while Leicester have brought in CSKA Moscow’s Ahmed Musa and are attempting to keep star winger Riyad Mahrez at the King Power Stadium.

It’s therefore plausible Everton could be the likely option as a lurking 4/1 (5.00) bet, considering the Toffees have also long been linked with a move for Yarmolenko.

Businessman Farhad Moshiri appears eager to make an imprint on the transfer market after taking a majority stake in the Merseyside club, and Everton’s interest in the Ukrainian is well known.

Yarmolenko’s deal is complicated, however, by the fact he agreed a new four-year deal last October. It was assumed this was done so the club could demand a greater fee for the player, but Yarmolenko may find an exit more difficult to come by due to the fact Dynamo can demand whatever fee they’d like, considering his deal has no release clause included.

All three of those clubs would have the financial means to push ahead for a deal to sign a man who has bagged 126 goals in 322 appearances for Dynamo Kiev since arriving at the club in 2007.