Watching Iceland at this tournament has transported me back in time. Theirs is an old-fashioned brand of football – but it is proving very effective.

They remind me of the teams I used to play against in the 1980s – 442, long balls, long throws. They are direct and hit the top early. It might not be the prettiest to watch, but they’ve come with a game plan and executed it perfectly. They’ve not lost a game so fair play to them.
They will do the same against England and the Three Lions will have to work hard for 90 minutes to break them down, but they will be well used to it after Russia, Wales and Slovakia all sat back in numbers. 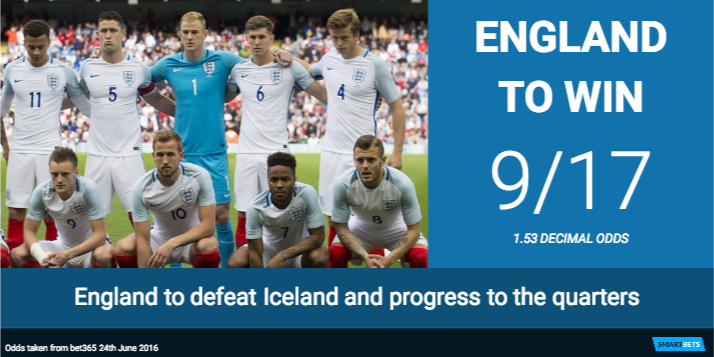 England’s lack of width is making life difficult. The forward players are very narrow, within 10-15 yards of each other, and rely on full backs to get the balls in.
I always said that Andros Townsend was unlucky to miss out – we are missing a true winger like him to have a go at the opposition and open them up. Still, with a return to Hodgson’s strongest line-up, I expect England’s superiority to tell, even if they have to be patient and wait for the first goal.

Only time will tell how much of an issue finishing below Wales will prove to be. But I can’t believe that Roy Hodgson – or any of his players – would have preferred to be in the same section as Germany, Italy, Spain and France in the knockout rounds.

I said before the tournament that England had to reach the quarters. Iceland almost certainly won’t prevent that, but getting beyond the next round looks a tall order, with France the likely opponents.

The second round looks like being the last stop of Republic of Ireland’s Euro adventure – I can’t see Didier Deschamps’ men slipping up. If a France-England quarter-final fixture transpires, then it will be the toughest test of the Three Lions’ backline.
But, ironically, England’s attackers are likely to prefer finally playing against a team that doesn’t just sit. They would finally get some space and there should be opportunities to get in behind.

However, home advantage undoubtedly gives you a lift and that could just be enough to give a clearly talented France the edge.

You can follow former England international Chris Waddle on Twitter @chriswaddle93 and make sure to follow his live and exclusive tips on the be LIVE app.