One of the most sought-after targets of the summer transfer window is attracting a mass of European attention already, and What Are The Odds breaks down the latest markets in the race to sign Alexandre Lacazette. 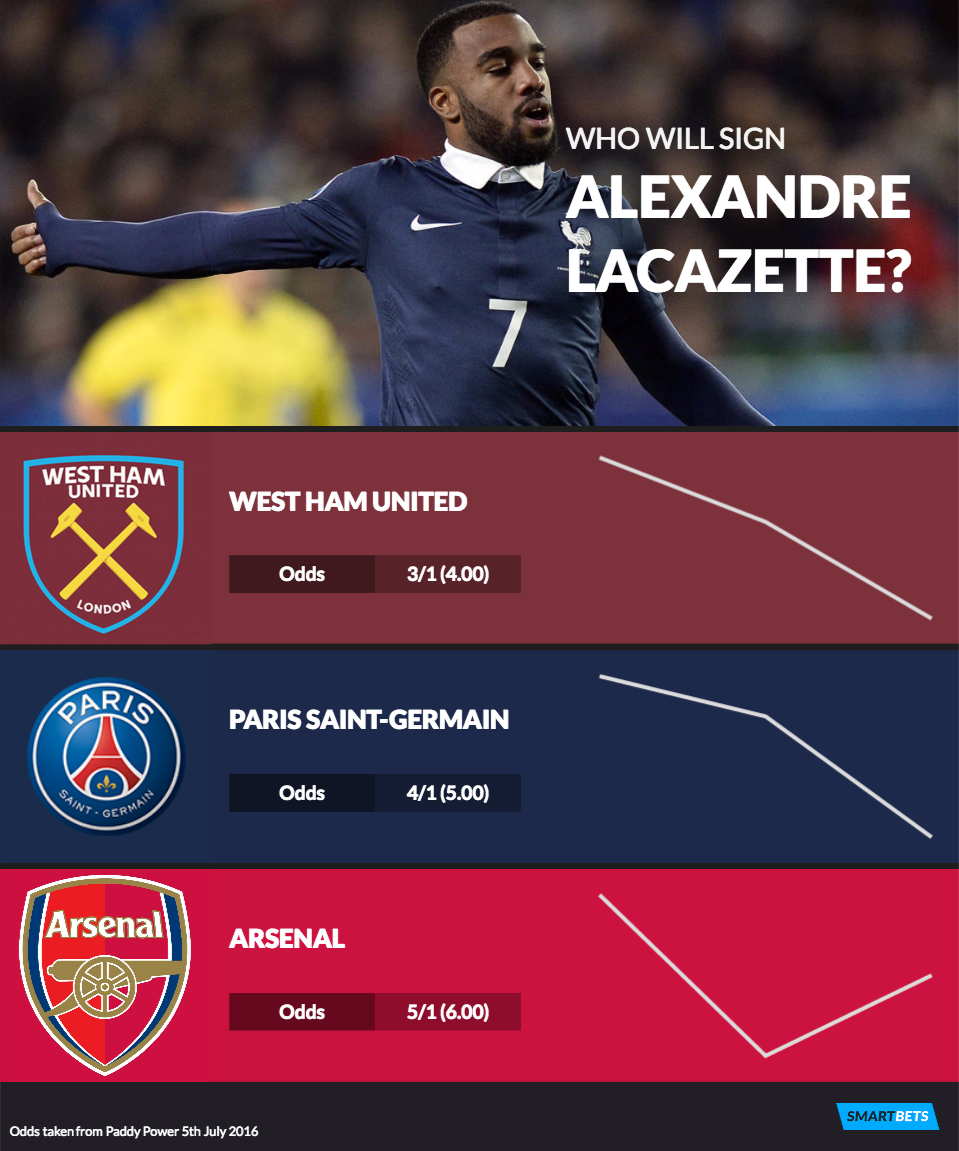 The Lyon striker is in demand after another sterling season in Ligue 1, and Paddy Power have West Ham United listed as 3/1 (4.00) favourites to recruit Lacazette amid a swell of powerhouse suitors.

Among that number sits French champions Paris Saint-Germain at 4/1 (5.00), a move that would make all the sense in the world considering the club is still reeling from the loss of Zlatan Ibrahimovic.

That being said, despite Lacazette’s pedigree in French football - he scored 21 league goals last season and 27 the term before that - Unai Emery’s side could place their faith in Edison Cavan up front instead.

North London rivals Arsenal and Tottenham Hotspur are also in the hunt for the 25-year-old, priced at 5/1 (6.00) and 8/1 (9.00), respectively, although with Olivier Giroud and Harry Kane leading their lines, it’s uncertain as to whether either club would really be concerned with such an investment.

The same could be said for Premier League champions Leicester City, who are 14/1 (15.00) underdogs to land Lacazette but have preserved Jamie Vardy’s loyalties for the time being and don’t look like they need a new man in attack.

Manchester United, the team who recruited Ibrahimovic on a free transfer last week, also look an unlikely destination at 16/1 (17.00), particularly with Anthony Martial, 20, and Marcus Rashford, 18, already coming through their ranks.

With so much pedigree among the list of clubs linked with Lacazette, Stoke City and West Bromwich Albion look like massive long shots in the hunt, listed at 40/1 (41.00) and 66/1 (67.00), respectively, with Champions League football likely to be a priority for the forward.