Everton have emerged as the surprise hot contenders to sign Manchester United midfielder Juan Mata this summer if manager Jose Mourinho decides to sell the Spaniard for a second time.

It was Mourinho who sent Mata packing to Old Trafford in January 2014, and What Are The Odds provides the lowdown on the raft of European giants reportedly vying for the player’s signature, courtesy of Sky Bet. 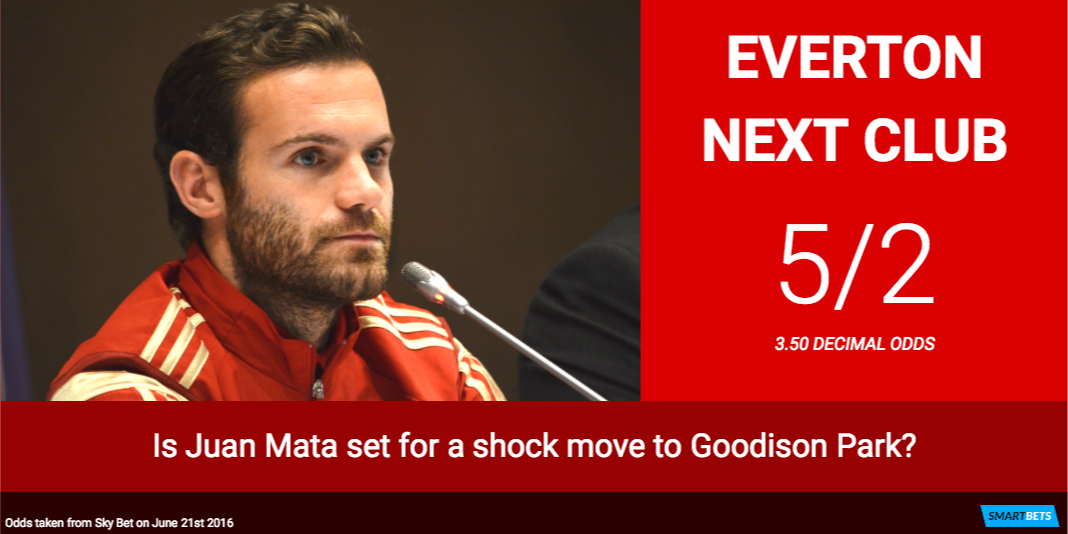 The Toffees are heavy favourites to recruit Mata, currently priced as low as 5/2 (3.50), which happens to be the same odds offered on the playmaker sticking with United past September 3rd.

Everton wouldn’t usually be able to compete in the market for such a pricey figure - Mata cost United £37.1 million in 2014 - but the Merseysiders have a new vision after British-Iranian businessman Farhad Moshiri become the club’s major shareholder and installed Ronald Koeman at the helm.

What’s more, it’s not unfeasible Mourinho could cash in on Mata once again this summer, despite his fan favourite status at Old Trafford, having already done so once before.

Paris Saint-Germain are closest to the Toffees, listed at 4/1 (5.00) to take the 28-year-old to Ligue 1, and there’s less doubt in the French side’s ability to throw about huge sums this summer.

Liverpool’s Philippe Coutinho has also been linked with a move to Paris, but while it seems an attacking playmaker is a priority for PSG, any major transfers may wait until a replacement is found for soon-to-ex-manager Laurent Blanc, per Sky Sports. 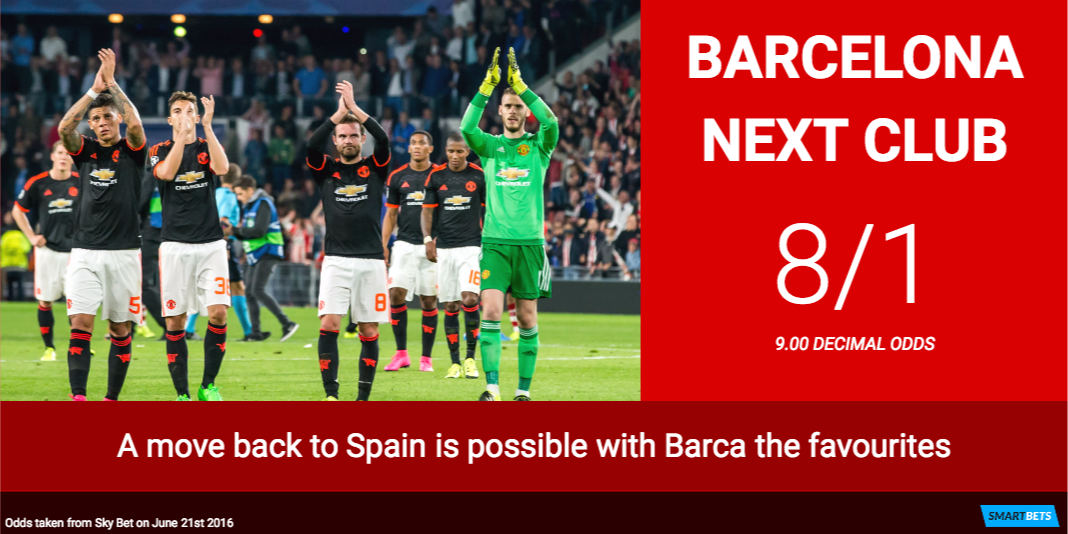 The odds then shift toward a Spanish trio seemingly hoping to lure Mata back to his homeland, with Barcelona out in front at 8/1 (9.00), followed by Atletico Madrid and Valencia, both priced at 10/1 (11.00).

Mata’s familiarity with Spain’s tiki-taka philosophy could allow him to make a seamless transition to Barca, but the Catalan giants are said to be struggling for transfer funds this summer, with their focus instead set on contract extensions for the likes of Lionel Messi and Neymar. A move may also be too rich for Atletico’s blood, although Peter-Lim-owned Valencia could launch an audacious bid to bring their former star back to the Mestalla - five years after he left for Chelsea.

Juventus are now at 16/1 (17.00) to sign Mata, having fallen down the odds after signing Miralem Pjanic from Roma, while Real Oviedo are 33/1 (34.00) near-impossibilities to bring the Spaniard back to the club he left for Real Madrid’s Castilla academy all the way back in 2003.