Ryan Giggs next manager job odds - After 29-years at United what's next?

After 29-years at Manchester United Ryan Giggs is starting a new chapter in his career, after turning down the chance to work with newly-appointed boss Jose Mourinho. What Are The Odds looks at the current Ryan Giggs next manager job odds, with a plethora of clubs being linked with the man that is considered the most successful Premier League player in history. 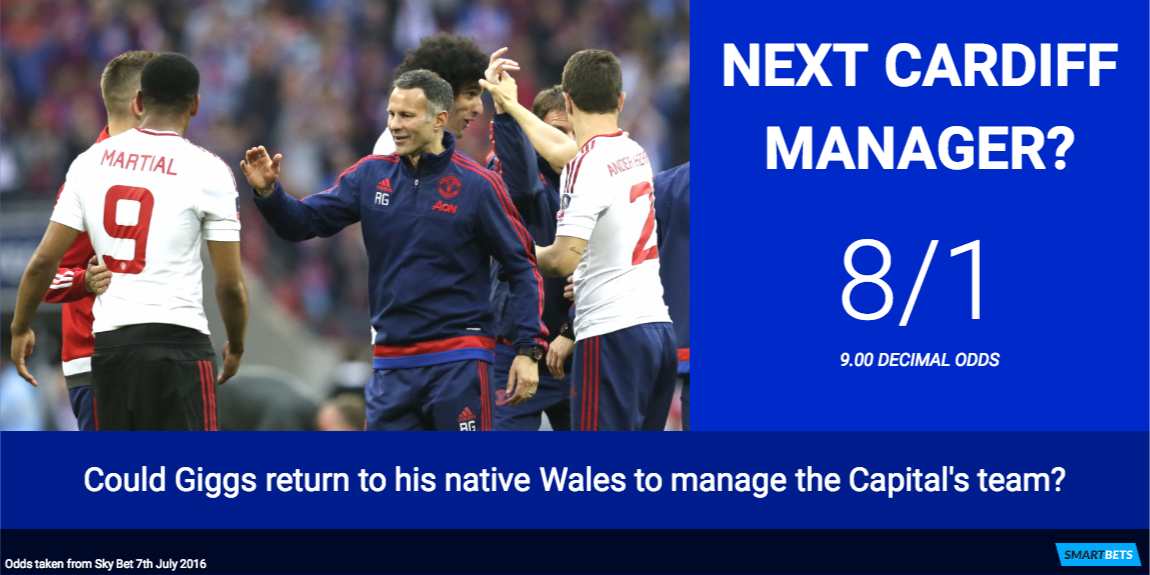 The most likely destination (club specific) according to Sky Bet though is Cardiff City, currently in the Championship with odds of 8/1 (9.00) on-offer. The Bluebirds have only recently appointed Paul Trollope as their manager, but he will be under immense pressure to deliver within the first 10 games of the season. If City are not in around the top six positions after that time it wouldn’t be unimaginable to see the owner Vincent Tan start casting his gaze to a man like Ryan Giggs.

Swansea City are another option at 10/1 (11.0) with bookmakers considering the Swans to be amongst the strugglers in the Premier League this season. However, it would be difficult to see the club dismiss Francesco Guidolin in the first half of the season considering he just signed a new two-year contract back in May. 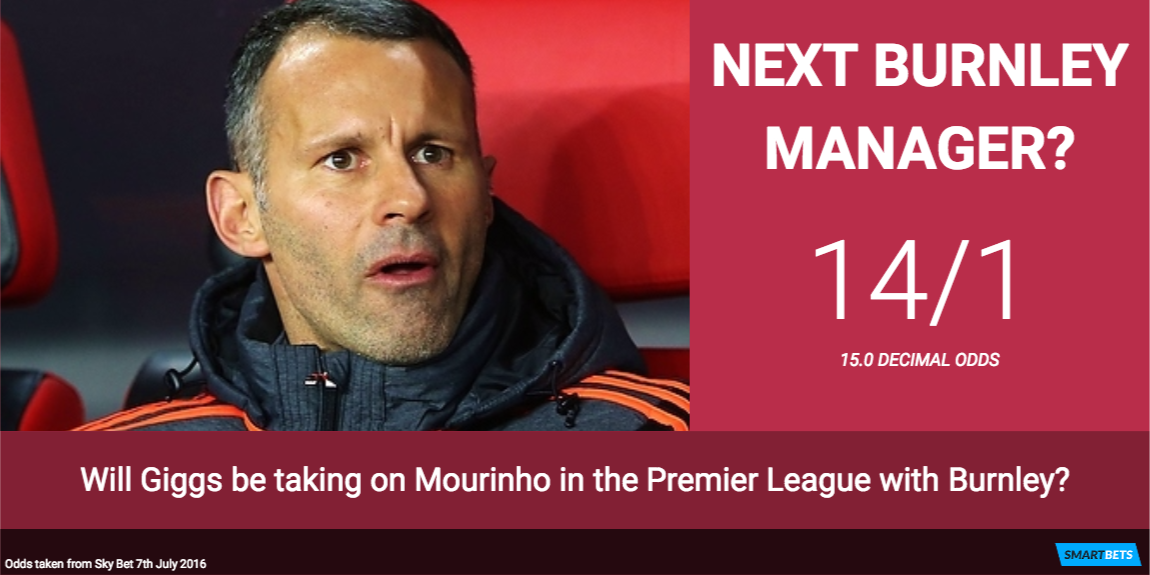 A couple of interesting options in the market are Salford City at 12/1 (13.0) and Burnley at 14/1 (15.0). Salford are part-owned by the Class of 92, which includes Giggs, and with the club gaining promotion to the National League North it could be an interesting option for the Welshman to undergo a proper managerial apprenticeship. However, with Giggs apparently leaving United because he couldn’t get the Old Trafford top job, it would be almost unimaginable to see him now take a job in the sixth tier of English football.

Burnley on the other hand may be one to watch, with Sean Dyche given the chance to take the club back to the Premier League after suffering relegation. If the Clarets start badly and no sign of improvement is evident, it wouldn’t be inconceivable to see the hierarchy press the trigger and looks elsewhere - Ryan Giggs at 14/1 (15.0) could be that ‘elsewhere’.