Just over a fortnight remains until the Christmas charts are decided across a multitude of platforms, with the most excitement building around what will be crowned top single, video game and television show.

And the markets are wide open with plenty of time remaining to place your bets leading up to the big reveal come Christmas 2016 as What Are The Odds breaks down who looks likely to take the No. 1 spots.

A ritual almost as sacred as Eurovision, the race to be voted UK Christmas No. 1 is an annual honour we look forward to, and the yet-to-be-decided X Factor winner is already under fire.

Year on year, the winner of the signing showcase rivals for the lead in this market and is 3/1 (4.00) to take the No. 1 spot this winter, but Friends of Jo Cox have usurped the lead this year and are priced at 6/4 (2.50), with Sky Bet, to steal the show this year.

As explained by Ladbrokes, friends of the late Member of Parliament, along with politicians and singers such as David Gray and Ricky Wilson, have topped the odds with their cover of the Rolling Stones smash “You Can’t Always Get What You Want.”

Top of the Premier League at Christmas Odds 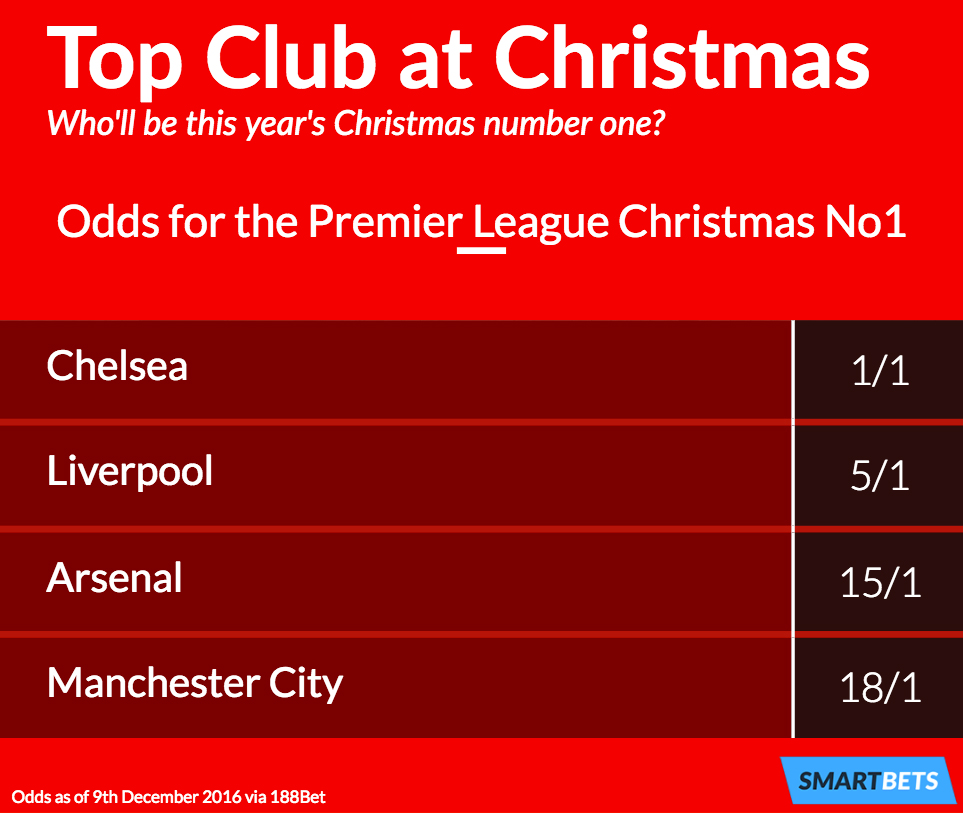 It looks likely to be a two-horse race for Christmas video game of the year as FIFA 17 and Call of Duty: Infinite Warfare top the billing, currently listed with Sky bet at 6/5 (2.20) and 5/4 (2.25), respectively, with nothing really separating the two.

One thing almost for certain is that we won’t see a driving simulator win this year’s gong, considering Forza Horizon 3 and F1 2016 are priced at 16/1 (17.00) and 25/1 (26.00), respectively, struggling to contend against their more action-packed peers.

A stacked list of 15 options are available for Christmas No. 1 TV show, and the BBC has dominated this year’s pecking order. The Strictly Come Dancing Xmas Special leads the way at 6/4 (2.50), although ITV hit Mrs. Brown’s Boys is a stiff challenger at 5/2 (3.50) with William Hill.

The BBC continues to assert its dominance on ratings, too, as their broadcast of the Queen’s Christmas speech is favoured at 12/1 (13.00) to be deemed the most popular of the bunch, while ITV’s broadcast is way down the pile at a price of 33/1 (34.00). 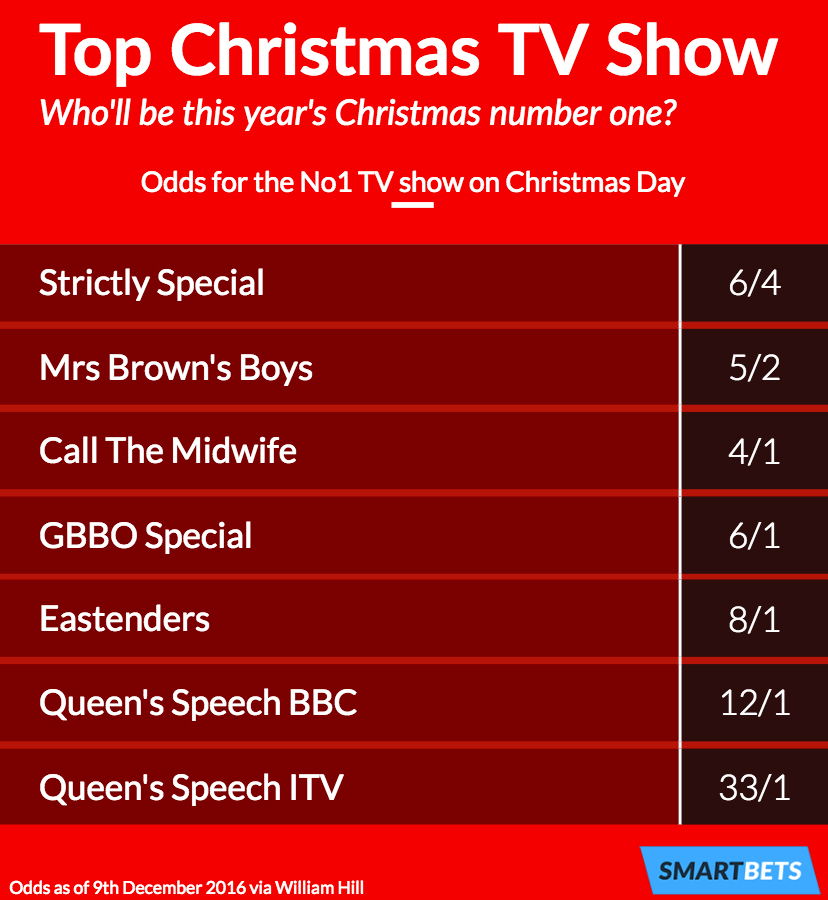