How did the bookies get it so wrong over ‘Brexit’ odds?

The United Kingdom appears not to be so ‘United’ this morning, as Britain and Europe have awoken to the news of a Brexit.

The British public have voted for the UK to depart the European Union, and that is a decision that has been even more shocking because of the predictions made by opinion polls and the ‘ever reliable’ bookmakers.

This morning in The Guardian, the bookmaker Ladbrokes admitted that they and the other betting markets got the result horribly wrong, and will now face the scrutiny of those that put stock in their positive odds towards the 'Remain' campaign.

Their head of political betting admitted that “bookmakers do not offer markets on political events to help people forecast results”. They in-fact do it to “turn a profit”, which is no surprise and ultimately the verdict of a Brexit has gone very much in their favour.

The Ladbrokes representative also admitted that most political betting is conducted by affluent / wealthy punters who may generally lean towards the ‘Remain’ side of the vote, thus influencing the swing of the odds.

William Hill in the last couple of days revealed that the ‘biggest single bet placed on Remain was 10 times more than the biggest on a Leave vote’, this was said to be around £100,000 placed on Remain by a punter that today will be waking up to quite a headache.

Below you can see yesterday's odds comparison infographic by SmartBets just hours before the 'Leave' vote won victory. 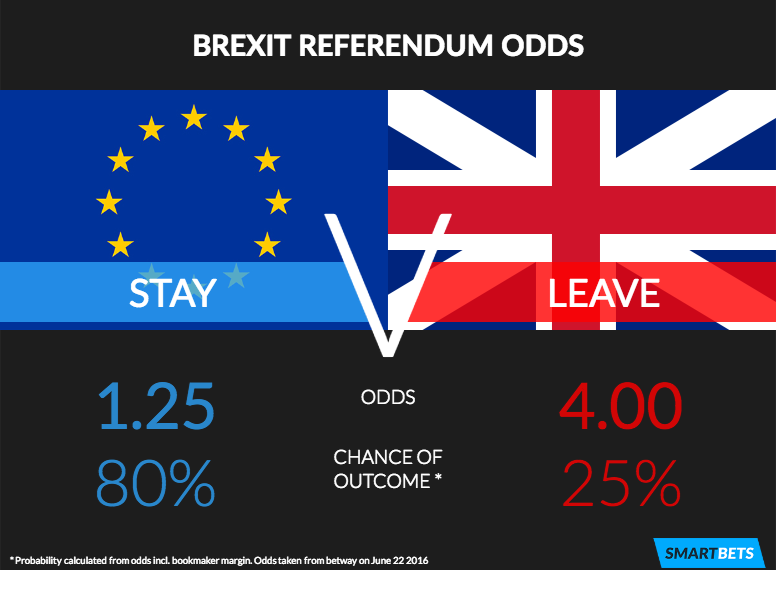 This is not the first time that bookmakers have got the betting odds very wrong in 2016, with Leicester City defying odds of 5000/1 in winning the English Premier League.

The Independent newspaper in the UK yesterday reported the odds of a 'Remain' win were shortening 'drastically', with 'Leave' at the time, lingering at a steep 3/1 (4.00) underdog with most bookmakers, including Ladbrokes. 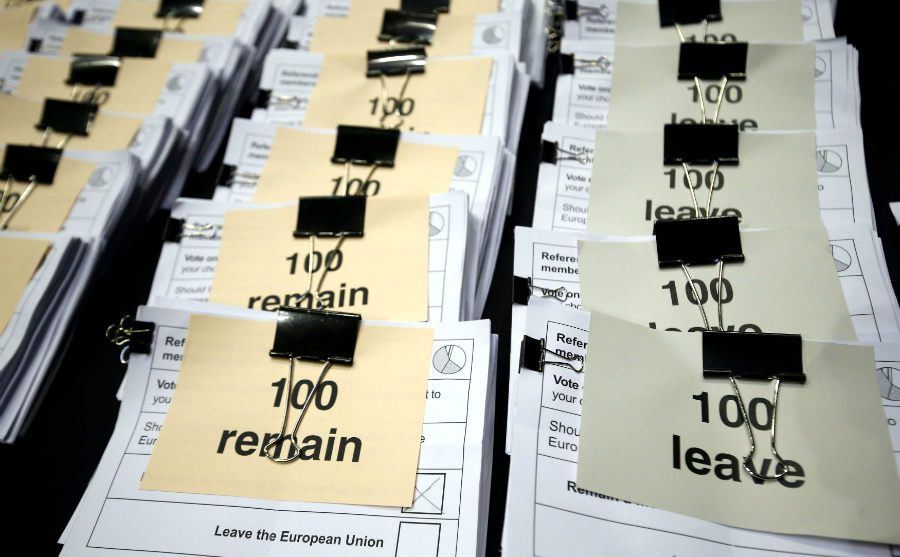 It’s also worth noting that social media’s hashtag #Brexit has been one of the most popular, among many others including #Remain and #Leave. However, with a mix of opinion polls on social media such as last night’s YouGov poll after the close of the voting suggesting a victory for ‘Remain’ the odds on the result, as well as the reaction on social media, began to drain the enthusiasm out of the ‘Leave’ vote. But what drove this misinterpretation of the nation’s vote? Huge influencers such as David Beckham, Jeremy Corbyn, Jeremy Clarkson, J.K. Rowling and many more made it ‘trendy’ to vote to stay in the EU. Also, the age demographic of 18-29 year olds is the most prominent on social media, not reflecting an entire national picture.

So did this skew the markets vision for the feeling around the nation? Either way, Brexit is now official and the betting markets in future may not be looked upon with such confidence in reflecting a major event outcome that takes into account so many different, cultural and personal factors.