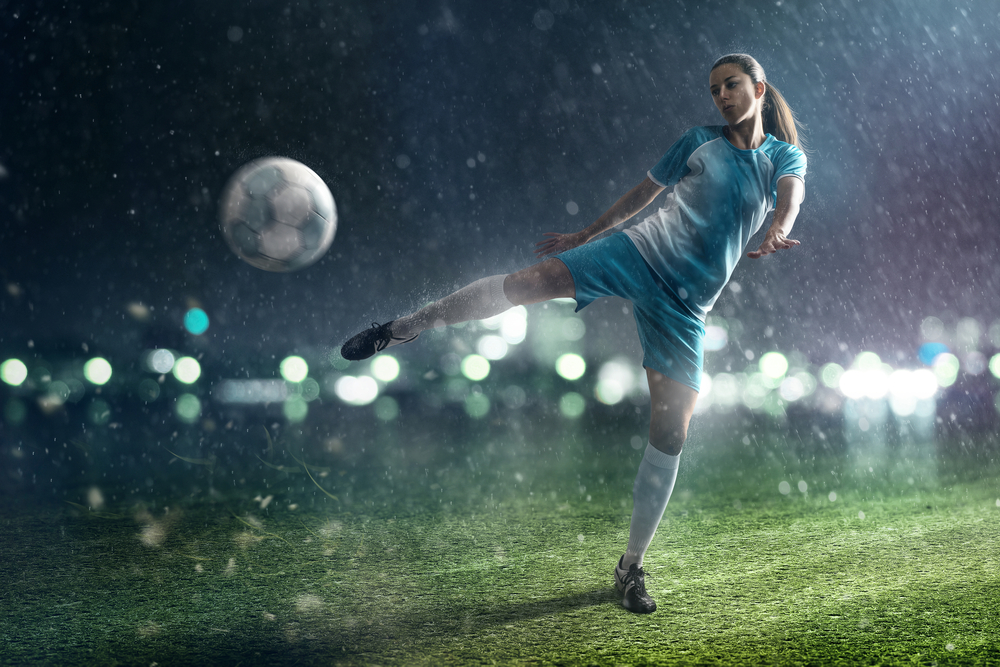 1. Where Can I Bet On Women’s Football?

SkyBet are another popular choice for those who like to bet on women’s football, along with netbet, William Hill and Sportingbet.

For big matches, such as Women’s Football World Cup matches or Women’s Football Olympic games, many bookmakers offer odds on Match Winners, Group Winners and Outright Winner markets, as well as betting favourites such as total goals, both teams to score and Asian Handicap. BetVictor, Coral and Ladbrokes can offer comprehensive women’s football betting markets, along with others such as Betfred, 10bet, bwin and 188bet.

2. Who Offers The Best Odds On Women’s Football?

Netbet also offer women’s football betting odds on selected games, though odds and markets aren’t as in depth or attractive as some of their competitors.

4. Which Women’s Football Competition Is The Most Popular To Bet On?

5. What Are The Best Ways To Win When Betting On Women’s Football?

When it comes to betting on women’s football, apply the same methods when betting as you would do on the men’s game. Study teams, players, form, fixtures and so on, keep up to date with the latest happenings in the women’s game to strengthen your chances of making profit when betting. You can usually find some betting tips on Women’s Football on Bettingexpert.

6. What Women’s Football Teams Are Best To Bet On?

You can bet on any women’s football game bookmakers are offering odds on. Generally, William Hill and bet365 offer the most comprehensive range of markets on women’s football. The most successful sides in women’s football, such as USA and Germany on the international scene and Manchester City Women and Chelsea Ladies in English domestic football, are sometimes the best sides to bet on, simply because these sides tend to play in the more high profile matches or competitions and as such a wider range of markets are available.

7. What Year Did Women’s Football Start?

In England, women’s football is funded by Sport England, the FA, the Premier League and the Football League Trust, along with investment from the Football Foundation and funds from individual clubs.

9. When Was The First Women’s Football World Cup?

11. When Was Women’s Football Introduced To The Olympics?

Women’s football was first played at the Olympics at Atlanta 1996. The inaugural Women’s Football Olympic Gold Medal winners were the USA, after defeating China 2-1 in the Gold Medal game.

13. When Was The First Women’s Football League Introduced?

Japan was the first country to have a semi-professional Women’s Football League. The L. League was introduced in 1989 and still exists today.

14. Who Are The Best Women Football Players?

As with the men’s game, this question can be fairly subjective. Some of the best women football players have won the FIFA Women’s World Player Of The Year award, or Ballon d’Or, introduced for women’s football in 2001. American Mia Hamm won the first award, with German Birgit Prinz winning the award for three successive years from 2003 to 2005. Brazilian Marta has won the award the most times, winning for five consecutive years between 2006 and 2010.

15. Where To Watch Women’s Football?

Women’s football is broadcast on a variety of channels. The BBC, BT Sport and British Eurosport are the main Women’s football broadcasters. The BBC show international matches along with the FA Women’s Cup. BT Sport broadcast the WSL and the WSL Continental Cup, with British Eurosport showing international matches along with the UEFA Women’s Champions League.

16. Why Is Women’s Football Not As Popular As Men’s?

However, in 1921, the Football Association banned women’s football teams from playing at stadiums that allowed spectators to watch, a ban that wasn’t lifted until 1971. As such, the popularity of the women’s game drastically reduced.

17. How Many Women’s Football Clubs Are There?

18. Who Is The England Women’s Football Captain?

The current England Women’s football captain is Steph Houghton. Houghton, who was given an MBE award in 2016, was given the England women’s captaincy in 2014, seven years after making her international debut.

19. When Does The Women’s Football Season Start?

20. How Many Spectators Watch Women’s Football?

There has been almost a 50% rise in match attendances for women’s football in England over the last two years. In 2016, Manchester City Women had the highest average crowd of 1500 spectators. The 2015 and 2016 Women’s FA Cup Finals were watched by crowds of over 30,000. For the 2015 Women’s World Cup, there was a televised audience of over 2 million in England.

22. Who Is Number One in Women’s Football Rankings?

As of August 2016, USA are number one in the FIFA Women’s Rankings.

You have not added any leagues yet.